The ocean is in crisis, plagued by overfishing, habitat loss, and acidification, among other issues. While the ocean serves as the engine for our climate and plays a central role in the global food system, it still fails to register for many as a relevant and primary issue. It is, quite literally, out of sight and out of mind. The virtual invisibility of the ocean in public discourse is a major obstacle for the ocean conservation community to adopt and implement solution-based policies.

Enough with the doom and gloom. Enter Upwell.

Our pilot project’s array of goals—to utilize the immediacy of online communications, experiment with ways to increase the reach of valuable content, empower and foster a broader network of ocean communicators, and enrich our understanding of the conversational ecosystem surrounding ocean topics—coalesced under our broader vision of “conditioning the climate for change.” We believe that by getting more people talking about ocean issues and raising the baseline of conversation, broader audiences will be more likely to take action, change behavior, and push for policy change that will have positive effects for our oceans.

My job at Upwell is to hatch and implement attention campaigns. Our campaigns look a little different from traditional nonprofit campaigns, in a few ways: instead of focusing on fundraising or advocacy, our campaigns raise attention to ocean issues. They are run and amplified across a distributed network, rather than being housed on and amplified through our own platforms. Read more about attention campaigning and our distributed network on our blog.

Our campaigns are also “minimum viable campaigns,” operating on short time-frames and focused on rapid delivery of content, continuous learning and iteration. We apply lean startup principles in order to adapt to the changing online landscape and deliver insight and shareable content to Team Ocean.

What is a minimum viable campaign?

“You can’t just ask customers what they want and then try to give that to them. By the time you get it built, they’ll want something new.” – Steve Jobs

On the advice of Sean Power, Data Scientist at Cheezburger, Upwell has adopted an agile development principle from the lean startup movement—the minimum viable product. Our campaign lifecycle embodies the Build-Measure-Learn cycle that software developers have used in order to quickly release products with the minimum amount of functional features, in order to gather immediate insight that can inform later iterations. 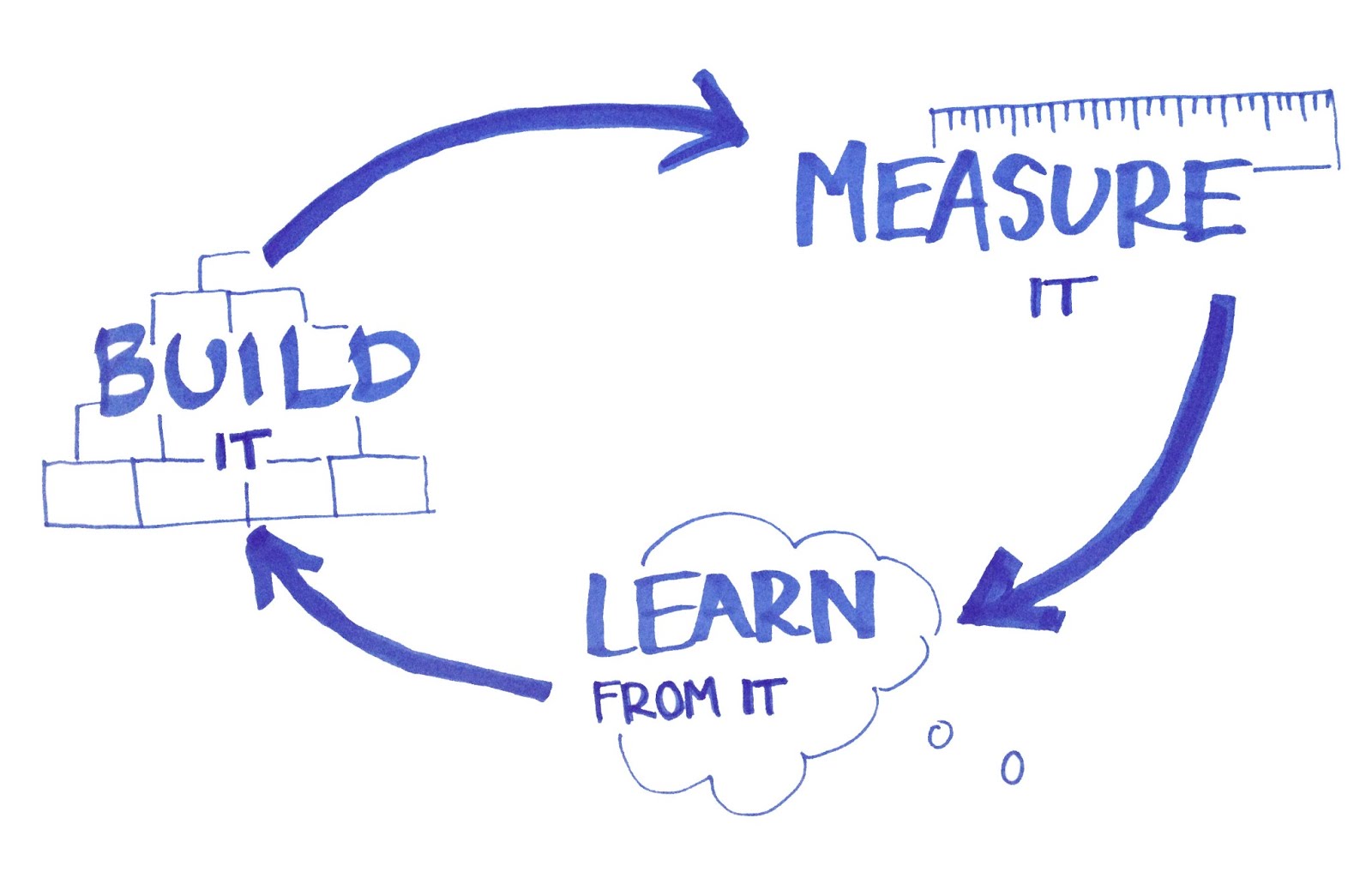 ?Through our minimum viable campaigns, we employ ongoing, iterative processes, sacrificing perfection and providing irreverent, timely, contextual content to audiences immediately instead of strategizing for six months or a year. We focus on the quickest, dirtiest thing we can get out the door that we think will have a measurable effect on a conversation.

Our campaigns have short lifecycles—anywhere from a couple hours to a few days, and they are inspired and informed by hot news that feels really immediate to those campaigns. Every day, I move rapidly through a process of hatching an idea, finding or creating the campaign products – tweets, videos, images, et cetera—sharing them with our network and getting back data. We are constantly learning how to be more effective. In our first year running over 160 minimum viable attention campaigns, we have learned that even a tiny bit of effort can make a huge difference in how campaigns get picked up.

Rather than investing large amounts of resources on a new campaign idea up front, Upwell runs anywhere from ten to 20 small campaigns a week, investing minimal resources up front, and investing further resources into campaigns that prove viable. Here are two examples to illustrate.

Less Viable: Ocean Grabbing: In October 2012, a UN report called for an end to ‘ocean-grabbing’ by industrial fishing fleets. The author of “Fisheries and the Right to Food”, described ‘ocean-grabbing’ as “shady access agreements that harm small-scale fishers, unreported catch, incursions into protected waters, and the diversion of resources away from local populations.” Upwell ran an experimental campaign to support the efforts of small-scale community fisheries, with a focus on pushing back on ocean grabbing. 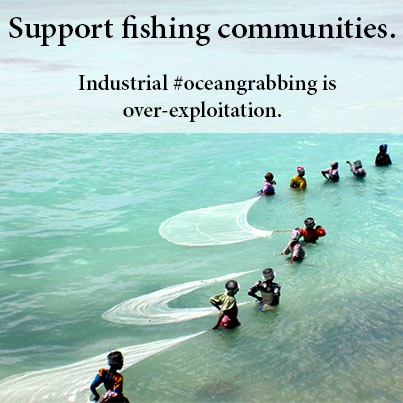 We tested this hashtag and put together visuals to support the effort, but quickly learned that this was too wonky and confusing of a topic, and didn’t spread beyond our immediate network. This campaign lasted fewer than 24 hours.

More Viable: Oyster Restoration in NY: Following the devastation wrought by Superstorm Sandy, we noted that several pieces, in the New York Times and elsewhere, made reference to the fact that the city’s long-lost oyster beds previously provided protection from storm surges. Those pieces, by the Times’ food writer Paul Greenberg (author of the book Four Fish) among others, proposed the revitalization of historic beds as part of a multifaceted approach to mitigate future storm damage. We tweeted links to those articles and discussed them online, but to help galvanize that discussion, we created this: 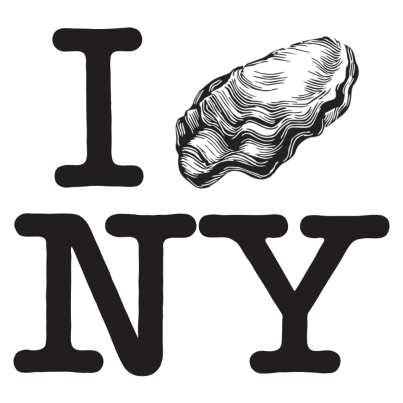 Our “I Oyster NY” campaign generated one of the biggest spikes of any of our attention campaigns. Because of that success, we invested additional resources into the campaign, re-sharing the image when a commission created by New York Mayor Michael Bloomberg recommended oyster recommendation weeks later, generating another spike in attention to this issue.

The minimum viable product model could be applied to not just attention campaigns, but also fundraising, advocacy, or other types of campaigns. There is no reason why other nonprofits couldn’t start doing minimum viable campaigns. Keeping a strategic focus, they could tighten up their campaign time cycles and run experimental campaigns to engage their base in different ways.

As a nonprofit community, we’re used to doing in-depth research to inform campaigns. Campaign plans often take months to develop, and run for a year or longer. Nonprofits do media audits and public opinion research to understand the climate and context for their work, develop targeted messaging, outline milestones and achievable objectives, and invest in high quality creative assets.

There’s still room for that model. It works, particularly for campaigns focused on pushing for policy change at the federal level. But in this world of tiny attention spans and rapid online conversation, the half life of news is short. Nonprofits – particularly those with small budgets – need to pay attention to ROI on campaigns. The best research comes from doing, and trying. Get it out the door, see if it sticks.

Incorporating this method of campaigning takes a concerted effort toward building into your campaigning culture. At Upwell, we say the words “minimum viable image macro” at least 10 times a week. We try to limit creative time to half an hour for a campaign. We even joke about minimum viable lunch. Fast creative is part of our culture.

Running minimum viable campaigns is not without its challenges.

First off, many funders aren’t used to this model of working. It’s often difficult for nonprofits to secure grants for their work without having solid plans for how they want to spend them. Upwell has been blessed with forward-thinking funders who are excited about innovation and experimentation in the online communications space. Many of our campaign tests fail, but that’s ok, because our investment of time into them is small – usually just a handful of hours. We are witnessing a change of heart and a higher tolerance for risk in the philanthropic sector, as foundations see the value in investing in organizations that are data-informed and more adept at working in the rapidly changing online space.

No matter your intentions, throwing spaghetti on the wall is bound to get a little messy. For many organizations, the thought of running many small campaigns brings up fears that it might convey to supporters and donors that they’re less focused in their efforts. If you’re interested in trying out minimum viable campaigning, test it as a tactic within your existing planned campaigns, or run them alongside a more extended and focused long-term campaign. Many social media managers at nonprofits are desperate for fresh content to post to their social channels. By enabling them to conceive of and run small tests alongside their more planned work, organizations can enable learning and growth among those employees and foster deeper engagement on social networks.